The results of the Woking Borough Council, Surrey County Council and Surrey Police and Crime Commissioner 2021 elections have been declared. 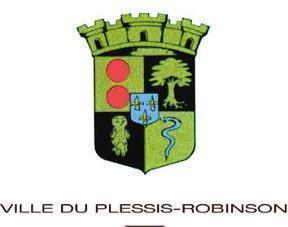 The settlement was first mentioned in the 9th Century. Well known residents in the 17th Century include Colbert and Pierre de Montesquiou d'Artagnan who was the cousin of Dumas' famous hero. D'Artagnan built the chateau which is now used as the famous town hall. Other well known residences include Chateaubriand and Voltaire et Colbert.

In 1848 a restaurateur created a tree restaurant and named the area Robinson, after by mistake Robinson Crusoe, as it was really named after the Swiss Family Robinson. The idea of tree restaurants, named guinguettes spread rapidly and there was widespread dining and dancing each Sunday. The atmosphere inspired many artists and songwriters. The event has been revived in the last few years after having lapsed and now takes the form of an annual Fetes des Guinguettes in June with people dressing up in costumes and dancing in the streets to music.

The town is located six kilometres to the south west of Paris and is close to large urban areas and the most important economic centre west of Paris. It is ideally located right next to two motorways and is only 15 minutes from Paris and Orly international airport by rail. The rail links are excellent with the journey to Charles de Gaulle airport being less than an hour.

The Woking link was formed in 1992 with a Charter of Friendship signed in 1993. There are many links which have formed between schools, clubs and associations in the two towns and there have been a lot of exchange visits. Go to Le Plessis-Robinson website.

The town developed rapidly at the start of the 20th Century and the population now stands at 21,300.

A new town centre has been constructed in the 1990's. The town has a cinema, theatre and two libraries.

There are three commercial zones with over 240 companies and 11,000 employees. The zones started up in the 1960s and are popular with firms as they are well positioned, being in close proximity to Paris but with cheaper land prices and easy motorway access.

There is an Industrial Zone with 49 companies, mainly electronics, aeronautics, pharmaceuticals and agribusiness. A well known company operating in this zone is Coca-Cola.

Secondly, there is a Business Zone dominated by electronics and information technology and Renault are located in this zone.

Finally, there is a Technology Park which is occupied by 40 companies, mainly in electronics, information technology and pharmaceuticals with one of the main companies being Hewlett Packard.

The town is very green and still retains the charm of a country village. There are seven parks and gardens with 50 hectares of forests and parks.