His Royal Highness The Duke of Edinburgh

The Mayor, Members and Officers of Woking Borough Council are deeply saddened at the news of the death of His Royal Highness The Duke of Edinburgh. Our thoughts are with the Royal Family at this time. 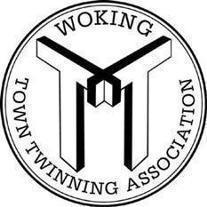 The Woking Town Twinning Association is an independent organisation responsible for town twinning in Woking with membership open to all.

Town twinning enables contacts, friendships and a special relationship between two communities of different countries to be formed. It promotes understanding about different cultures and lifestyles and encourages the exchange of views and ideas. It can also stimulate trade and business links. Local groups and organisations, individuals and families can all take advantage of the chance to visit their counterparts or host visits in Woking to learn more about each other's communities and share experiences.

Twinning developed after the Second World War, when there was a movement to promote friendship and understanding and avert the dangers of hostility between countries. Twinning has spread rapidly, especially in Europe, and has helped to promote European integration.

The twinning experience is open to people of all ages and interests. Hospitality is provided by the host country during visits with visitors usually staying in family homes.

Woking's French twin town, Le Plessis-Robinson, dates back to at least the 9th Century and now has a population of 21,300. It is located six kilometres to the south west of Paris, and is very close to international airports. A new town centre has been constructed but many green areas have been retained. Famous residents from the 17th Century include Colbert and Pierre de Montesquiou d'Artagnan, who was the cousin of Dumas' famous hero. In 1848, the idea of having tree restaurants or 'guinguettes' commenced. This idea spread rapidly and was accompanied by widespread dancing and dining on Sundays. The tradition died out earlier this century but has recently been revived in the form of an annual festival.

There are many links which have been formed with Le Plessis-Robinson between schools, clubs and the business community.

In April 2001, Woking Borough twinned with Rastatt in Germany. Rastatt is a vibrant city located in South West Germany, bordered by the Rhine and the Black Forest. The city was first mentioned in the middle ages and today has a population of 46,000. The central pedestrian area is rich in Baroque architecture, a fine example of which is Rastatt Palace, the residence of Margrave Ludwig Wilhelm von Baden.

WTTA guide to Woking in English

WTTA guide to Woking in French

WTTA guide to Woking in German

For further information relating to twinning please telephone 01483 743023, email wtta@woking.gov.uk or write to: